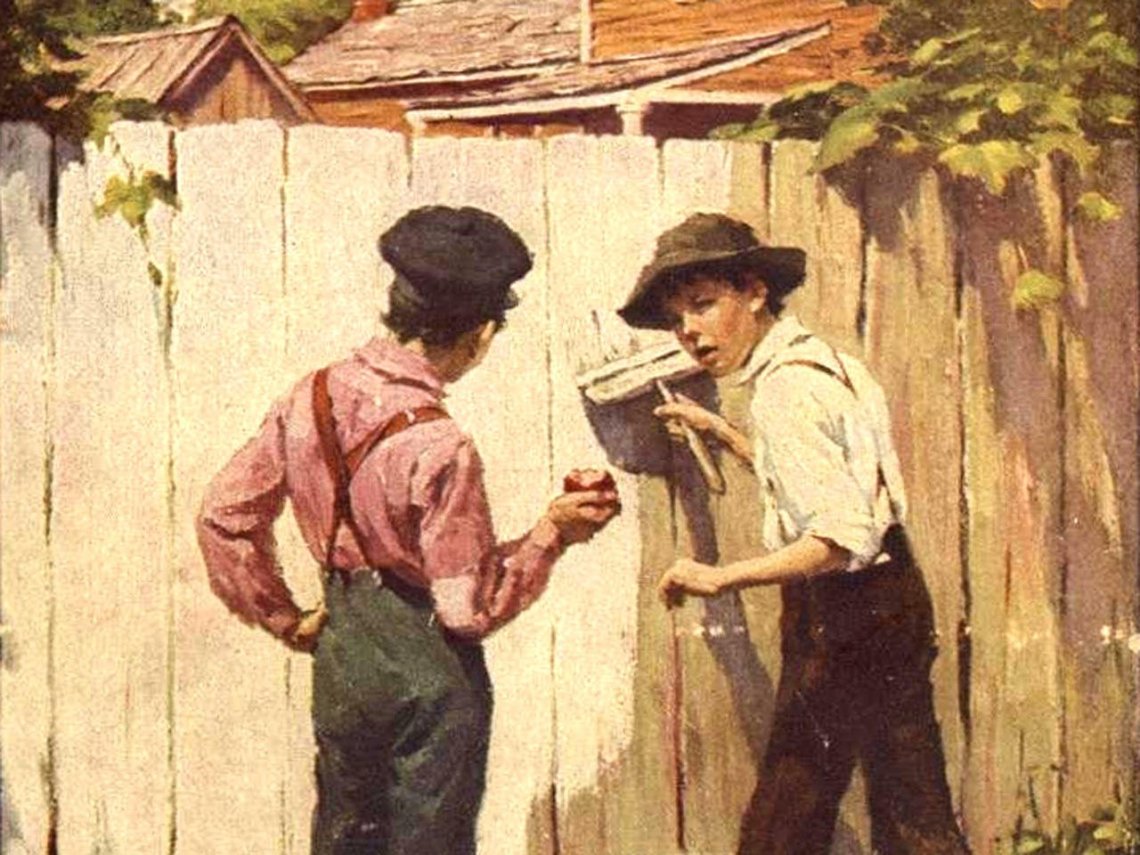 Everyone is stubborn to a degree of more or less and we humans as social beings need the support and help of others to accomplish things. We may desire someone to do a favor for us, we may need someone’s experience and time to complete what we started but we are first greeted with resistance when we meet or approach people. Some feel we want or desire to take something from them, others feel we want to manipulate and use them for our own benefit. To navigate around people without stirring up insecurities is very difficult and we need the proper approach.

In the novel Tom Sawyer by Mark Twain, the twelve year old boy protagonist of the same name is portrayed as an extremely shrewd boy raised by his aunt. Despite his cleverness, Tom is always getting into trouble. The second chapter of the book begins with Tom being punished for getting in a fight. Instead of spending a hot Saturday afternoon messing around with his friends and swimming in the river, Tom has to whitewash the very large fence in front of the house.

As he starts the job, his friend Ben Rogers walks by eating a delicious looking apple. Ben is as mischievous as Tom and seeing him at this tedious chore, he decides to torment him by asking him if his planning on going for a swim that afternoon, knowing full well he can’t. Tom pretends to feign deep interest in his work which now makes Ben very curious. He asks Tom if he’s seriously more interested in painting the fence than in having some fun.

Tom finally addressed him while still keeping an eye on his work. He said; his aunt will not give such a job to just anyone because it is what people see first of their house when they pass by. This is a very important job that won’t come up again for many years. He reminded Ben Rogers how in the past they painted something on fences and got into trouble; but now he can do it freely. He called it a challenge, a test of skill and he enjoys it, swimming can be done any other week but not this.

Ben Rogers asked if he could try his hand to see what Tom means but Tom refused and after many pleas Tom finally relents after Ben offers him his delicious apple. Soon other boys approached and Tom does the same sell job on them, accumulating more hands, toys and fruits. An hour later Tom is lying in the shade of a tree while a whole team of friends finish the job for him. You see; Tom Sawyer understood how to lower people’s natural stubbornness, had he just told Ben Rogers to help him out he would have simply refused and kept on mocking him making things even worse.

First, he got Ben Rogers to reinterpret his job not as punishment but as a task that is fun. Second, he framed the job as a test of skill and a rare opportunity. Third, he knew once the neighborhood boys saw others on the task they would want to join in. Tom could have pleaded with dozens of friends to help him and gotten nowhere, instead he put it in such a way that they wanted to do the work.